The Natural Accents Gallery of Taos is pleased to present Bill Baron’s amazing works here in our gallery. 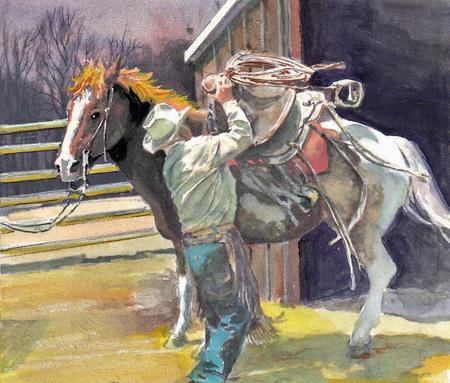 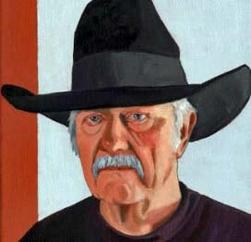 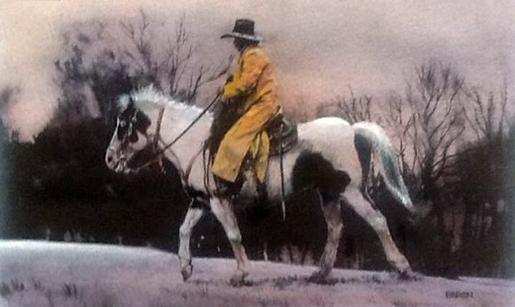 He left a tenured position at the U of I in the Summer of 1969.  His works were then put in an exhibition titled, “The Baron & Bailey Light Circus” held at Chicago’s Museum of Contemporary Art. Following this successful show Bill placed his art activities on hold and went into the business world holding executive positions in three major firms in manufacturing and marketing. His final position in the business world was as Vice President of Leisure Concepts, Inc. (NYSE). In 1993 after living and working in New York City, Bill moved to Taos, New Mexico where he is pursuing his interests in western and contemporary art. 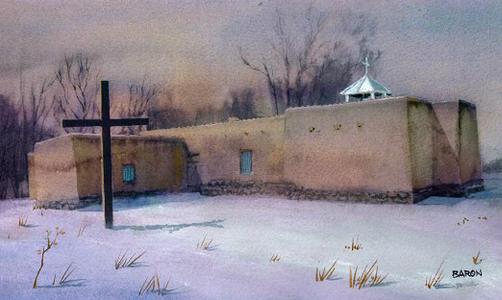 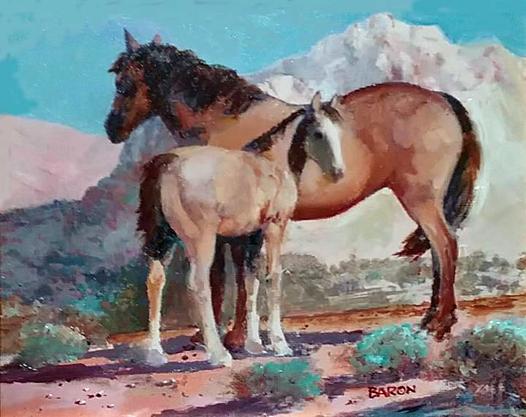 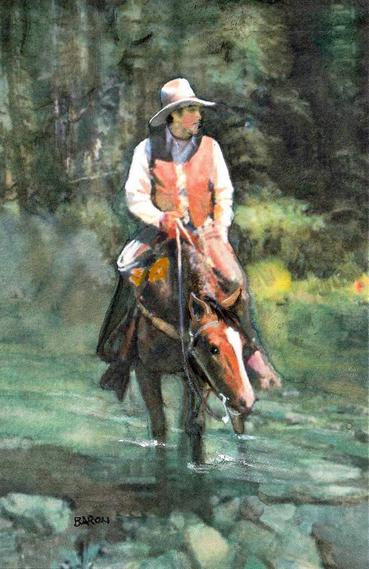 In 2018 Bill staged a one man show titled, “Baron of Taos”, in The New Masters of Taos series at the E. L. Blumenschein Museum.  A total of forty pieces of his oils, watercolors, etchings and engravings were shown during this event. As mentioned earlier, Bill is currently an award-winning Editorial Cartoonist for the Taos News. Bill also writes and illustrates the weekly Spanish-English bilingual strips, Umberto and Porcina. 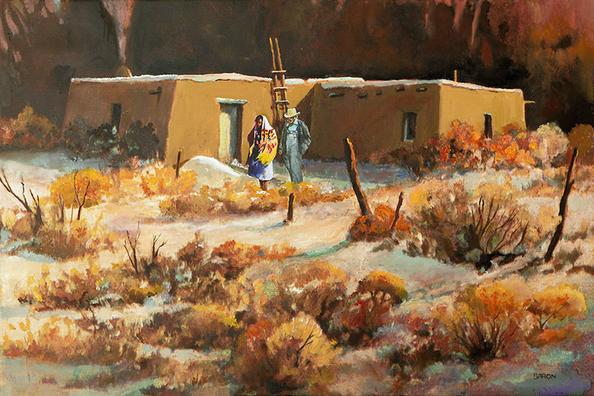